This Bill is based on the New Zealand model of decriminalisation of sex work, and it it passes both Houses of Parliament, it will decriminalise sex work, prohibit discrimination against sex workers, and provide sex workers with access to the same rights and protections as other workers. It will also improve the health, safety and legal rights of sex workers.

There are approximately 2,000 sex workers currently operating in our state, many of whom work privately and are not employed by what is known as a brothel.

This is not the first attempt in this parliament at decriminalising sex work, dating back to the 1980s. Despite this, however, we still have a situation in South Australia where we have the most archaic and the oldest sex work laws in the country.

South Australia’s current sex work laws are often poorly understood and are difficult to police. For instance, the act of providing a service for payment is not itself illegal but a number of the activities surrounding it are. This has caused difficulties with policing, as expressed in statements from the South Australian Police (SAPol) including recently to the select committee:

We don't take a view on whether the sex industry should be decriminalised or not; however, I think it is reasonable to say, and I think we have been consistent in our views over many years, that there are some definite challenges and difficulties in policing the current legislation as it exists.[1]

This State’s laws have also resulted in many workers becoming victims of violence, theft and other criminal behaviour and witnesses to serious crimes. The fear that disclosure to SAPol will lead to informants having that information used against them as evidence of sex work activities leads to criminal acts going unreported and offenders free to continue committing crime.

On this basis, the Parliament has several choices:

While the “Nordic model” is viewed by some as an alternative, it is a form of criminalisation and is based on the premise that all males who purchase services are aggressors and all female sex workers are oppressed victims of male violence and patriarchal oppression[2]. Sex workers oppose the Nordic model on the grounds that it compromises their safety for similar reasons to the existing laws.

This Bill has been previously passed by the Legislative Council and lapsed in the House of Assembly. It follows the “decriminalised” model, and is similar to Bills which have been considered by this Parliament in recent years.

Parliamentary reports from NSW and New Zealand have found that decriminalising their laws has been effective in improving the health and safety of sex workers, as well as reducing crime rates[3].

In order to ensure that there were not any unintended consequences of the Bill, in 2015 it was referred to a select committee of seven Members of the Legislative Council (R Brokenshire, J Darley, T Franks, J Gazzola, M Lensink, A McLachlan and T Ngo). This committee took evidence and reported after 18 months. By a majority of four to three, the committee agreed to support the Bill. It is worth noting that all seven MLCs agreed that the body of the report is a true and fair representation of the evidence.

There are and will continue to be many claims about what the Bill does and doesn’t do.

The Bill amends the Criminal Law Consolidation Act 1935 (CLCA), removing references and offences relating to prostitution or being a brothel landlord. Sections 66-68 of the Act, which provide penalties for sexual servitude and related offences, deceptive recruiting for commercial sexual services and use of children in commercial sexual services will remain. The Bill also introduces a new penalty of providing a service to a child or minor (proposed section 68AA).

The Bill amends the Summary Offences Act 1953 by removing a range of offences, such as soliciting, living on the earnings of prostitution and those relating to brothels.

The Bill amends the Equal Opportunity Act 1984 and the Spent Convictions Act 2009 to address the situation for those who have received convictions under the CLCA or the Summary Offences Act and are therefore unable to obtain other employment, for instance in the aged care or child care sectors. These amendments are designed to provide a pathway for those who wish to exit the industry.

Amendments to the Return to Work Act 2014 provide that safe working conditions must be adhered to.

What the Bill doesn’t do

Claim 1: “It places no restrictions on where soliciting or prostitution can occur, which will no doubt result in an increase in public and private nuisance.”

Response: There are a number of offences under the Summary Offences Act which address public nuisance and disorder matters, enabling the police to intervene and charge offenders. These include but are not limited to ss 6A (use or threat of unlawful violence against persons or property), 7 (disorderly or offensive conduct or language), 9A and 9B (supply of prohibited items e.g. drug paraphernalia), 17 and 17A (trespass), 18 (loitering) and 23 (indecent behaviour and gross indecency). These offences are not altered by the Bill.

Claim 2: “It allows brothels to be set up in any location including any neighbourhood next to homes, schools, churches, etc. without appropriate oversight, management or restriction on the number of prostitutes working on site at any given time or at the place designated.”

Response: Decriminalising prostitution does not mean brothels can be set up anywhere. That is quite mischievous and wrong. Planning laws determine where businesses can be set up. Local Councils and the State Government have the power to determine what types of industries are appropriate in which zones. Councils will take into account nearby land uses to ensure that sex work businesses don’t cause a nuisance. Bringing sex work within the law makes actually makes it easier to regulate, not harder.

Claim 3: “It will proliferate the number of people engaged in prostitution.”

Response: Current laws favour pimping over a decriminalised model, as workers in an illegal environment seek assistance to maintain their secrecy to avoid detection by SAPol. Pimping has been a scarce practice in Australia since the first half of the 20th century.

Claim 5: “It removes the police's right of entry and oversight.”

Response: SAPol has a broad range of search powers which only require reasonable suspicion that an offence has been committed. These powers are provided under numerous Acts, and include but are not limited to:

Claim 6: “It creates ambiguities in the return-to-work legislation with the cost being borne by already burdened taxpayers.”

Response: The amendments remove legislative ambiguities from the Return to Work Act 2014.

Claim 7: “It does not afford appropriate antidiscrimination provisions to protect churches and Christian Schools.”

Response: Amendments to the Equal Opportunity Act 1984 and the Spent Convictions Act 2009 are important to assist those who wish to leave the industry to gain employment in other fields. The Bill adds discrimination against sex workers or former sex workers to a number of existing grounds (i.e. marital or domestic partnership status, identity of spouse or domestic partner, pregnancy, caring responsibilities or religious appearance or dress) for which organisations may not discriminate. None of these services are unique to churches and Christian schools.

Claim 8: “It places oversight and regulatory burdens on already overworked and under-resourced local councils that, according to representatives, are ill-equipped for what will be required of them.”

Response: This claim is similar to Claims #1 and #2. Police, rather than councils will retain the right to enforce provisions in the Summary Offences Act. Councils rightly retain significant local planning approval powers.

Claim 9: “It will potentially proliferate explicit sexualised advertising on billboards and other public places, including radio and even television, as we have seen in some jurisdictions.”

Response: Any business must seek development approval for its signage from the local council in accordance with requirements of development laws (which also prescribe the nature of approval/complaints processes). Furthermore, the Advertising Standards Bureau governs public advertising and provides for complaints from members of the public in banning particular advertisements.

Claim 10: “It will dramatically increase the occurrence of street prostitution, or so-called ‘street walkers’.”

Response: Again (please see Claim #3) there is no evidence that this has been the experience in other decriminalised jurisdictions (NSW and New Zealand). Street-based sex work is not the preferred type of work; hence only 20 of the 2,000 sex workers who operate in South Australia are involved in this form of work. 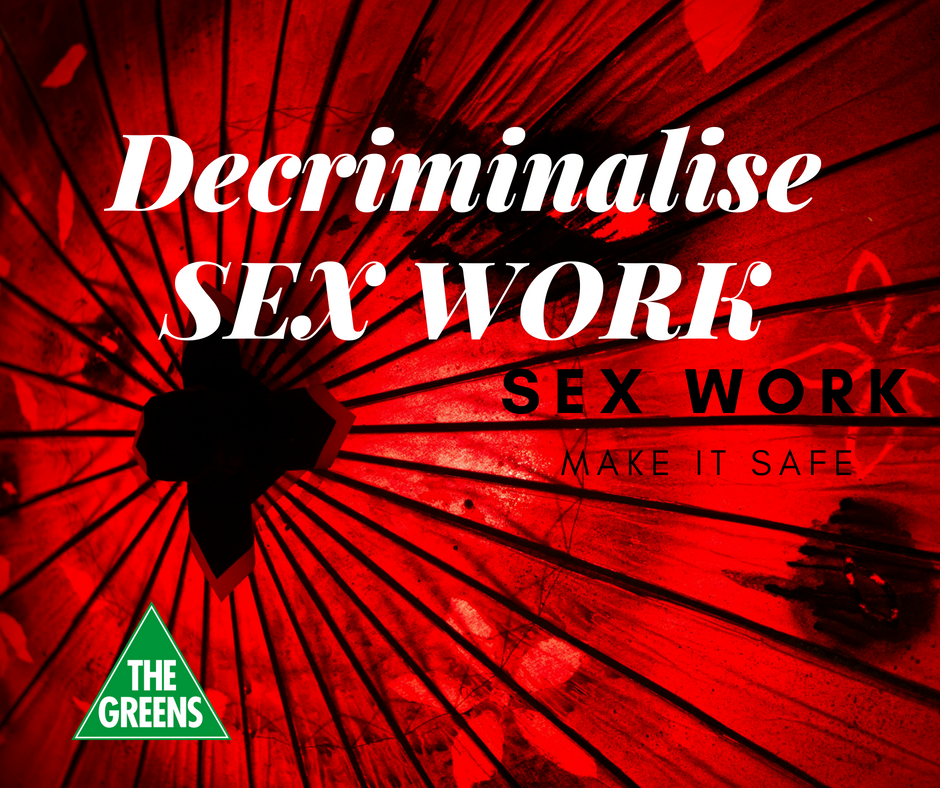