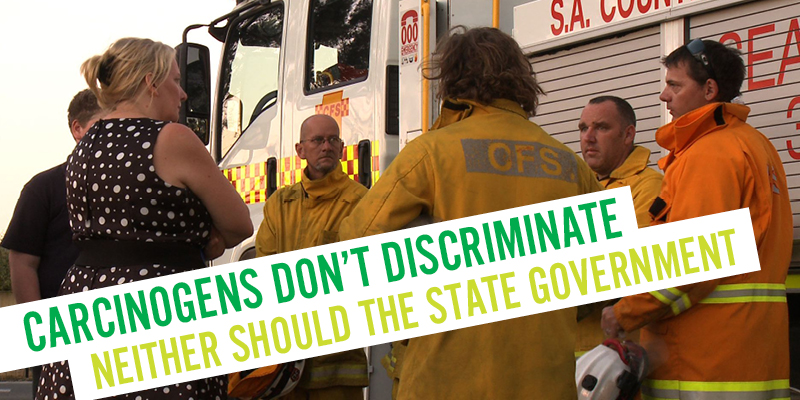 The Greens are the only party that introduced a bill that would protect both paid AND volunteer firefighters equally should they develop a work-related cancer (and met minimum qualification periods of 5 to 25 years depending on the cancer type).

The Greens’ Bill passed the Upper House earlier in 2013, but wasn’t supported by the Weatherill Labor Government in the Lower House.

The Government also introduced a Firefighters Compensation Bill, however it excluded volunteer firefighters. When confronted by the science and strong community support the Labor Government made a last minute concession to extend their scheme (initially covering only full time MFS firefighters) to less than ten percent of CFS firefighters. This discrimination is not supported by CFS volunteers.

The Greens will re-introduce their Workers Rehabilitation and Compensation (Protection for Fire-fighters) Amendment Bill and are committed to working with the Government of the day and the CFS Volunteers Association to ensure CFS volunteer firefighters are treated fairly and given equality of compensation provisions.

Protect Those Who Protect Us!